{All photographs taken with the Olympus OMD EM-5 | Processed in Adobe Lightroom 4 }
Click to see Part 1, Part 2 and Part 4.
Imagine my surprise as proceedings are underway and the emcee introduces iconic actor, T.V., movie and film producer Gary Marshall. Gotta admit I was a bit awe struck. After all I grew up watching his TV shows. Happy Days, The Odd Couple, Laverne and Shirley, Mork and Mindy, The Dick Van Dyke Show, The Lucy Show to name a few. I was blessed to create some natural light black and white portraits of director Gary Marshall.
I walked over to Mr. Marshall and respectfully introduced myself and told him that …. “I grew up watching all his shows.” He immediately introduced me to his wife Barbara {married since 1963}. He was just a regular Joe, fitting in with all the other WWII Jewish veterans. That was until he took the podium and started telling stories about show bizz and Korea. He had the audience in stitches. Call me slow, but I didn’t put 2+2 together and figure out that acclaimed actor and director Penny is his sister. Penny Marshall.
Mr. Marshall and other Jewish War Veterans were bestowed with medals by the Korean Consulate General, the Honorable Yeon Sung Shin for their service in the Korean War at the 75th Jubilee of the Jewish War Veterans. 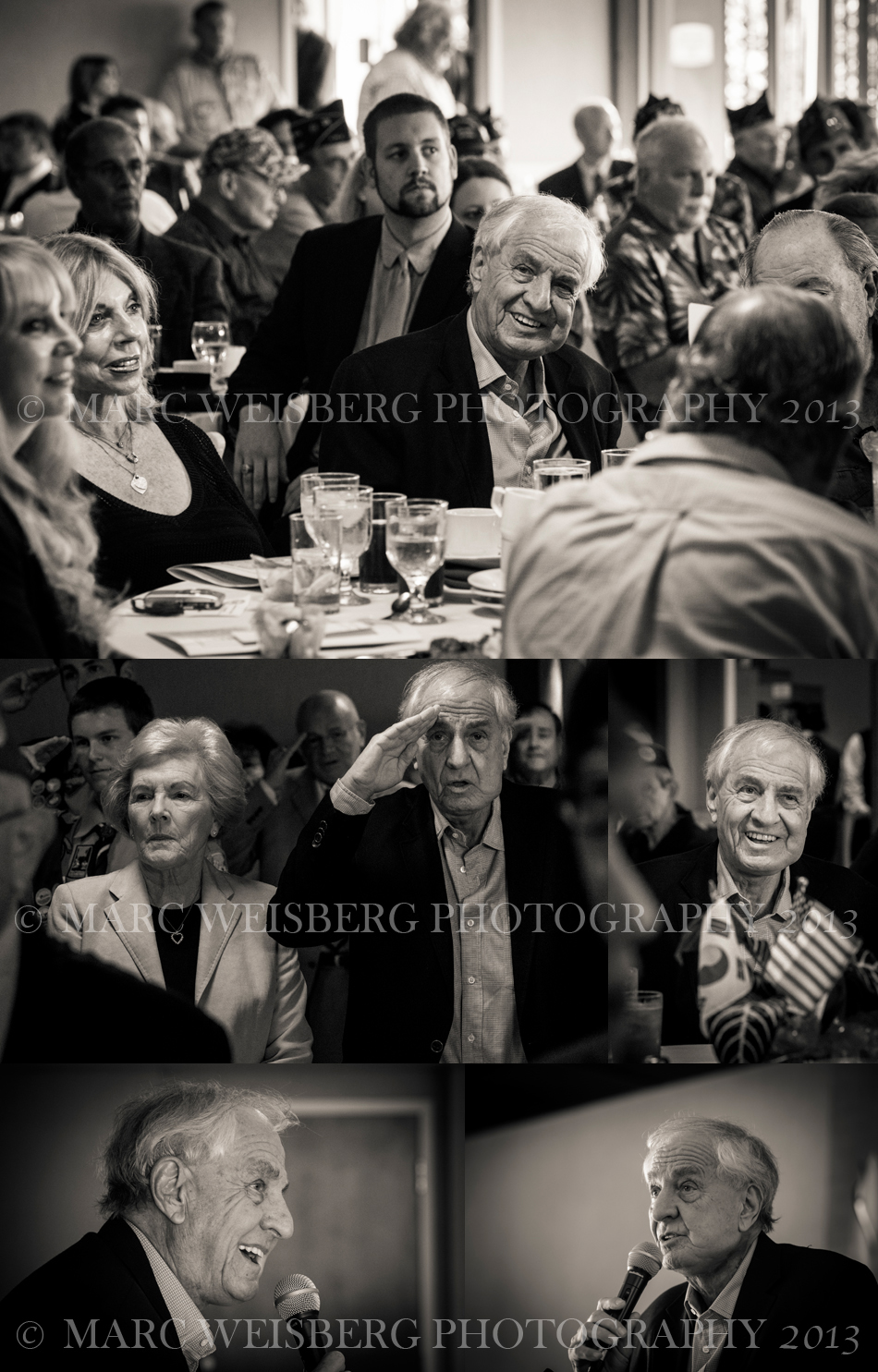