Photographing the Salinas Rodeo with the Sony a9 at 20 Frames Per Second! 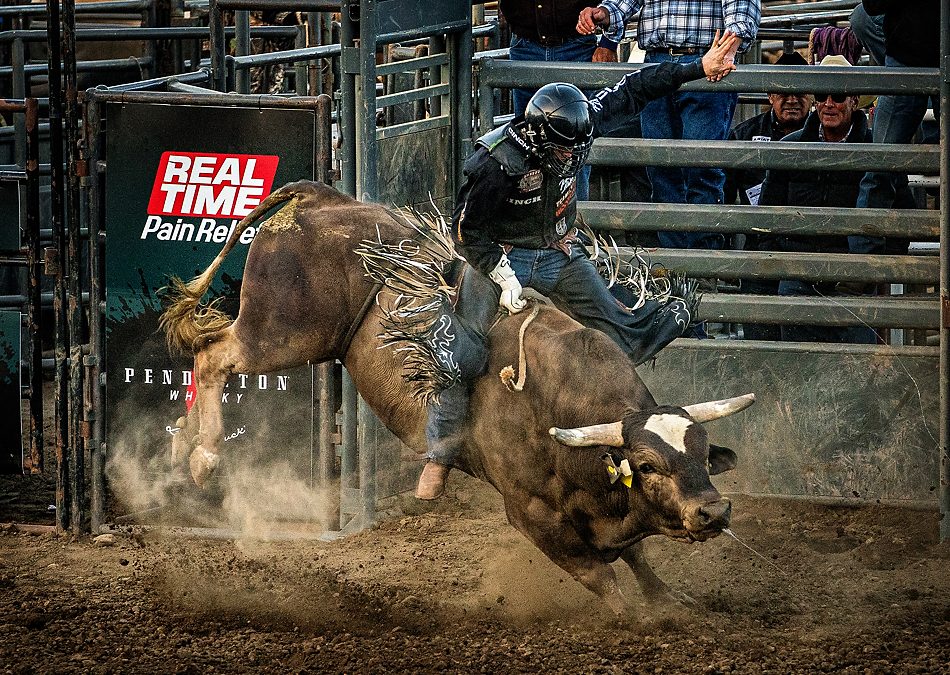 What’s in My Rodeo Gear Bag
Sony a9 Review:  Earlier this summer I purchased the Sony a9 as soon as it was released.  My prime reason for purchasing it was to use it for my luxury real estate photography business.  And it doesn’t hurt that it’s best at photographing fast-paced action.  At the top of my summer bucket-list was photographing a rodeo.  My affinity for Americana and the tough life of cowboys, bull riding, and the PBR spurred me to reach out to a friend who photographs Salinas Rodeo. He graciously agreed to get me a spot.  So off I went to Salinas with the following gear:  Sony a9, Sony a7sii, the new 12-24mm f/4.0, 24-70 f/2.8 GM, and the 70-200 f/2.8 GM.  All of it was packed into my Think Tank Airport International and stowed in my trunk for the ride up north. This is not a technical review.  If you are looking for that there are plenty out there.  Instead, this is a visual review.  Seeing what the a9 is capable of visually in a real-world scenario.
In the lighting fast sport of rodeo, I like to have two cameras running.  One on each shoulder. A telephoto for distance and a 24-70 for things that are closer.  To do this I used the PeakDesign Slide camera strap {see my review here,} which can be easily taken on and off when I want to shoot with a single body. The rodeo is big and there’s a lot of ground to cover and a bit of gear to shoulder carry too.  To stow my gear within reach,  extra lenses, batteries, and a bottle of water, I used my favorite shoulder bag: the Think Tank Speed Racer V.2.0  {see my review here, and why I love this bag so much}. 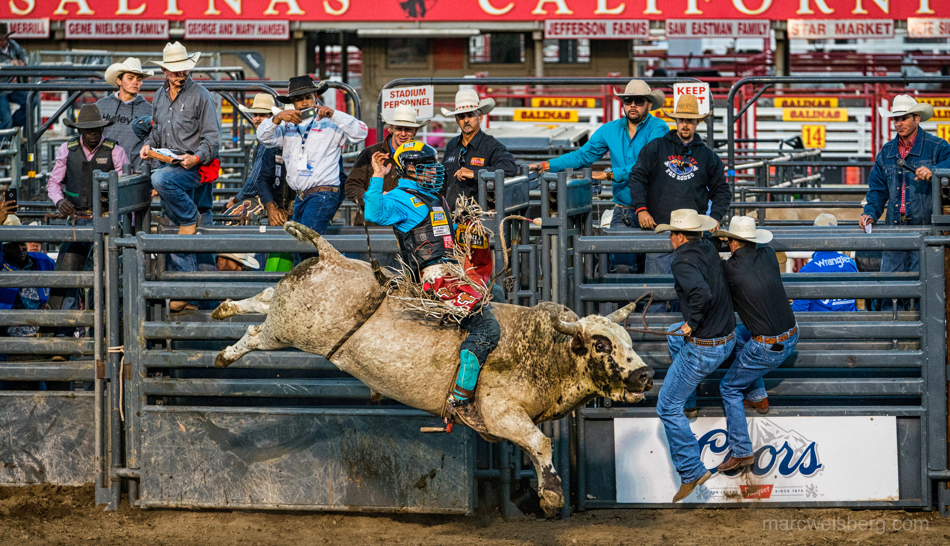 Photographing the Rodeo with the a9
I arrived at the rodeo a day early because I wanted to watch the PBR bull riders compete.  I was mesmerized, binge-watching the Netflix documentary series “Fearless,” a few months earlier which followed the Professional Bull Riding Association’s top riders for a full season highlighting the sport.  Because wouldn’t have my rodeo credentials until the day after the PBR competition I wasn’t officially sanctioned to photograph the images. I simply took these for me as a test of what the a9 is capable of. What I quickly learned is, that I needed a 100-400mm f/4.5-5.6 GM lens for the reach, instead of the 70-200 f/2.8 GM I had on hand. My compromise was to crop into the images to fill the frame with the riders on their bulls. Because the a9 has 24.2 mp it was an easy crop without much loss. But this isn’t the way I like to shoot. Cropping after the fact is something I try not to do. Instead, I strive to compose for the final image.  The next day, credentials in hand, I was able to get steps away from the “dirt” or sometimes right on the dirt to photograph. First time out with the a9 and first time out photographing bull riding I was glad the a9 could capture 20 frames per second silently too. I learned a lot.  I  know that I’ll need a 400mm next time and also know that next year, my images will be even better.
Things I Learned To Improve Bull Riding and the Rodeo Photography
1)   Use as high as a shutter speed as possible to freeze action.  You’ll need to push your ISO pretty high even in a well-lit stadium. I found myself working at 4k to 5k ISO.
2)  I’m thinking about using a Monopod next time like this one: the Sirui P-326S a well built and lightweight carbon fiber monopod with feet. I’m happy with many frames but would like my images to be sharper.  And I’m thinking using my Siuri monopod will do the trick.
3) Shoot In Smaller Bursts:  I was often shooting at 20 frames per second so I wouldn’t miss any of the action.  But that quickly filled up the buffer after a while but even more, there was just too much to cull through after the shoot.  Next year, I’ll be able to anticipate some of the action. 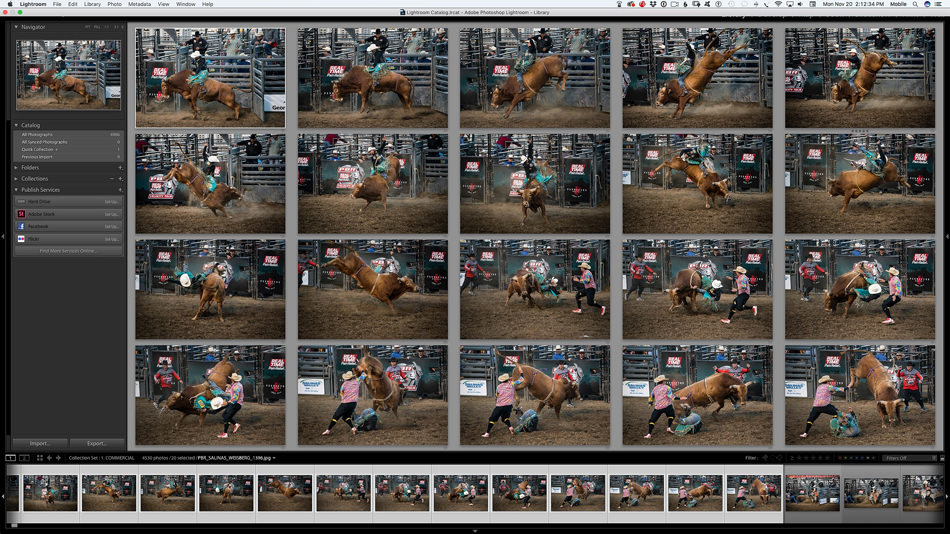 Above:  Screenshot from Adobe LR CC.  A 20 frame burst with the Sony a9. It was easy to see all the action with the zero blackout EVF. The buffer handled all the RAW file bursts with ease. Having the ability to photograph 20 frames per/sec. and, up to 241 RAW full-frame photos in a row, with no blackout means never missing any action. The PBR portion was photographed from the stands after dusk using stadium lighting.

About Salinas
The Salinas Rodeo is the largest rodeo in California.  At the rodeo, I encountered a wonderful community spirit.  The city is located at the mouth of the Salinas Valley roughly eight miles from the Pacific Ocean and has a climate more influenced by the ocean than the hot-summer interior.  Salinas is about a 30 to 45-minute drive from Monterey depending on traffic. And about 20-minutes from the small town of Moss Landing,  a quaint, historic fishing village located in the middle of California’s Monterey Bay coastline.  Salinas is known for its vibrant and large agriculture industry and as the hometown of writer and Nobel Prize in Literature laureate John Steinbeck, who based several of his novels there.  Unlike major events where I live in Southern California, the Salinas Rodeo {pronounceded Row-day-Oh in  Salinas,} has a very small town Americana feel.  The crowds were very family-centric and friendly and there weren’t layers of security to go through to get to grandstand seating, beer, and roasted peanuts in hand. The major industry in Salinas is agriculture and its laborers are of Mexican born.  As a result, there is a great Mexican pride and heritage intertwined in the Salinas rodeo tradition. 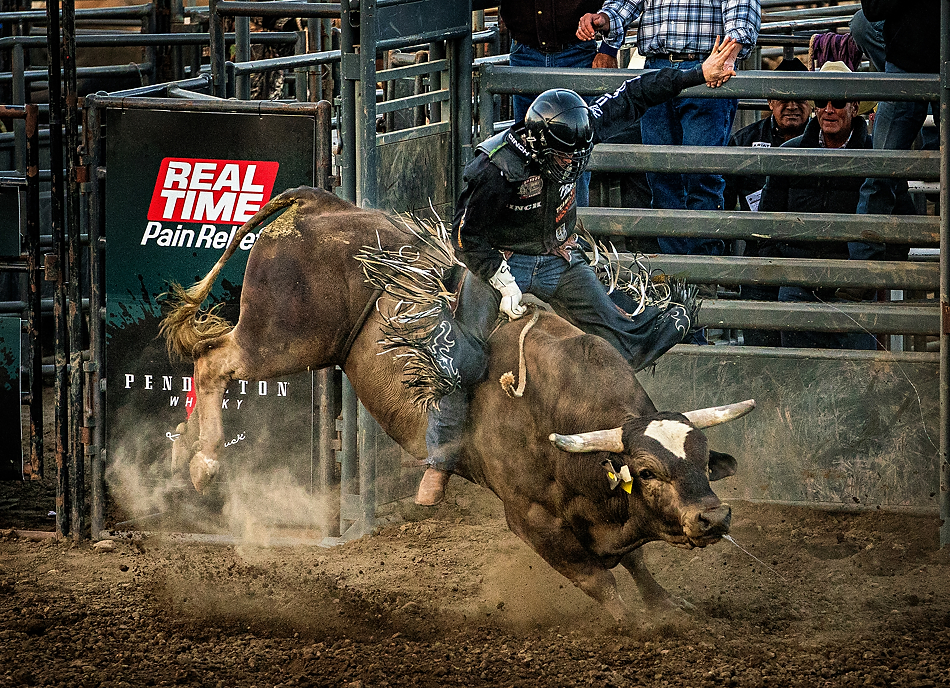 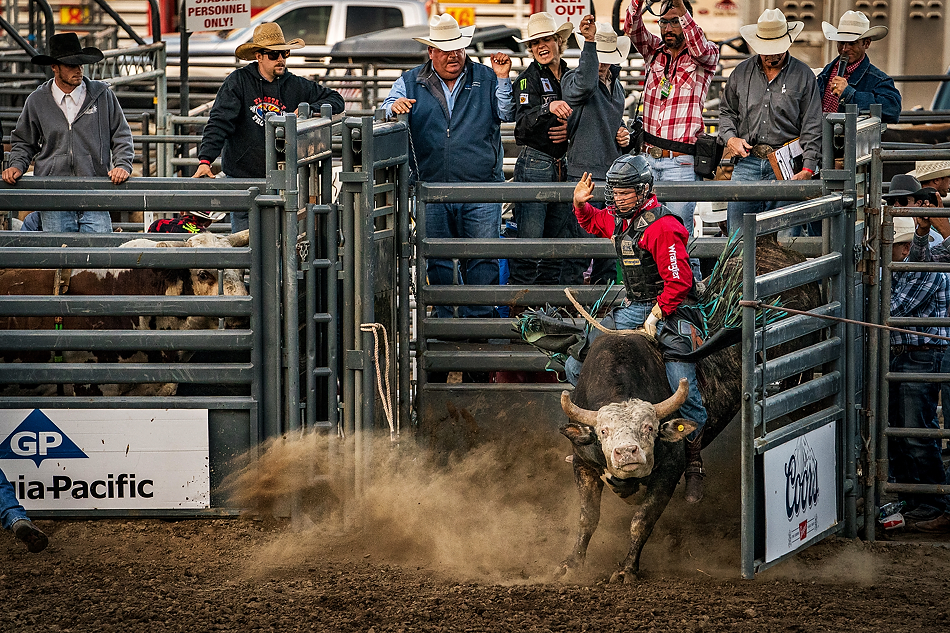 Putting the 12-24mm f/4.0 G – To Work
In addition to testing out the a9 , I was able to push the new 12-24mm f/4.0 G to its limits.  The glass is very sharp and quick to focus.  If the camera sensor is not parallel to the image being photographed it will create quite a bit of distortion.  However, if you photograph square on, or cant to the left or right {like the second image below,} distortion is minimal.  However, if you tip the camera up vertically or down on the same axis, distortion will be quickly induced.  That being said, I’ve tested the 12-24mm G on architectural interiors and the distortion is very minimal so much so, that it is fully correctable with the LR- Lens Profiles. 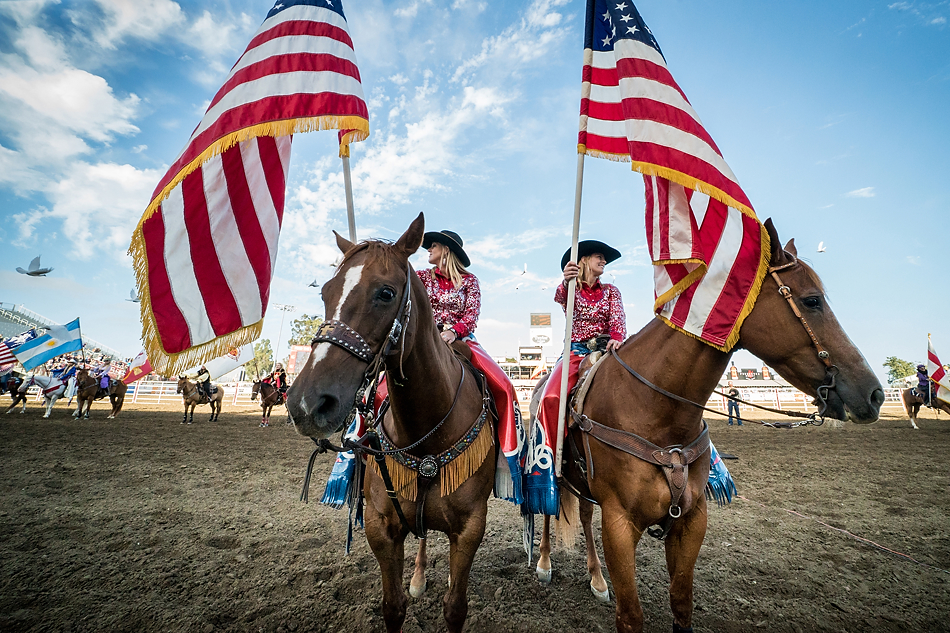 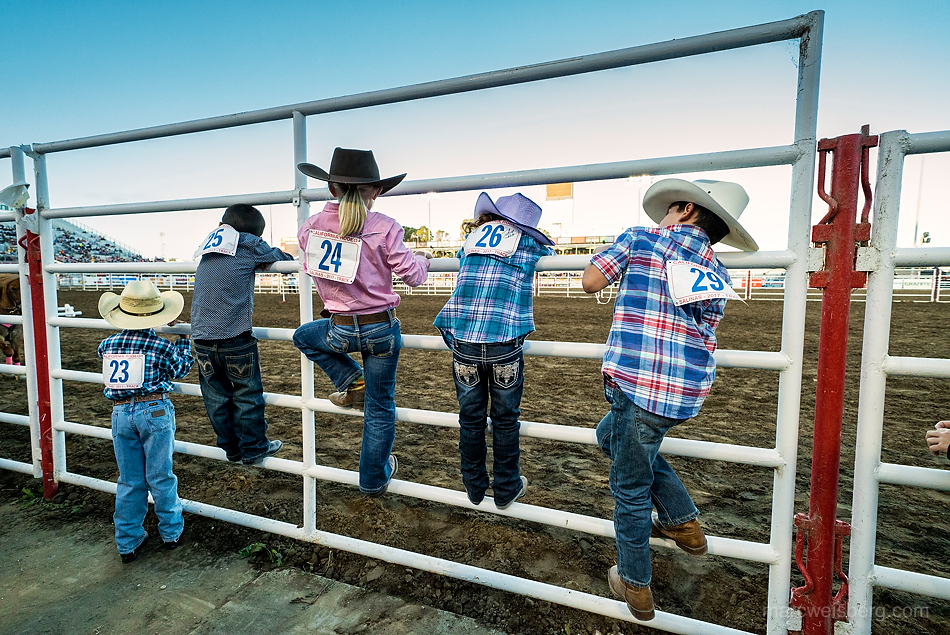 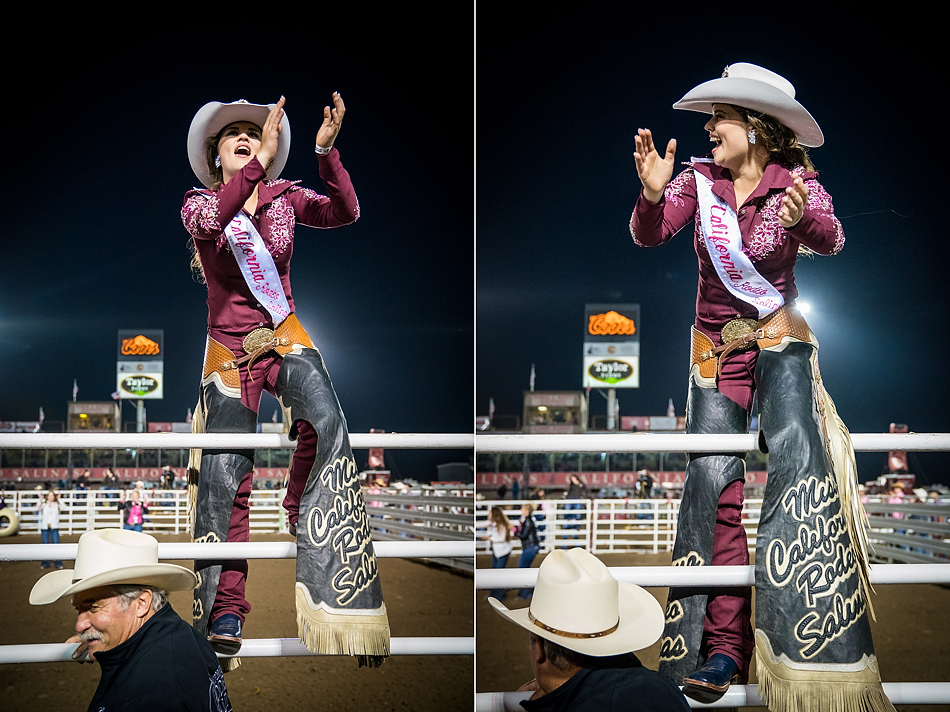 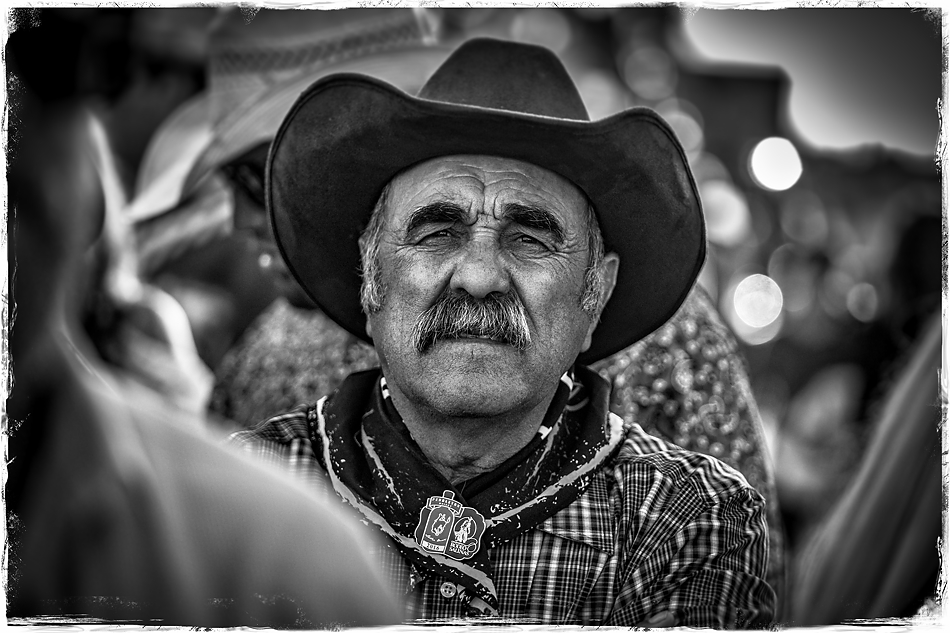 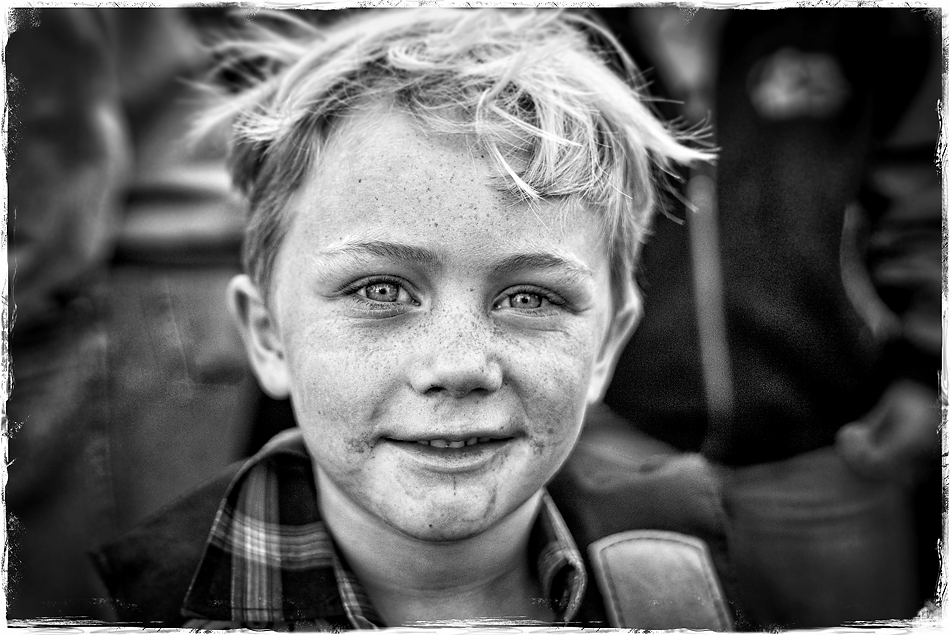 Daytime portrait. I was photographing action with the 24-70mm f/2.8 GM using a high ISO to freeze action. Swung around to see this young Mutton Buster behind me waiting in line to win his next belt buckle.  He told me he’d won 5 already. Sony a7sii, ISO 5000, 1/5000th, f/2.8. This is what I most enjoy about the a7sii, even at 5000 ISO image files are clean and noise free.